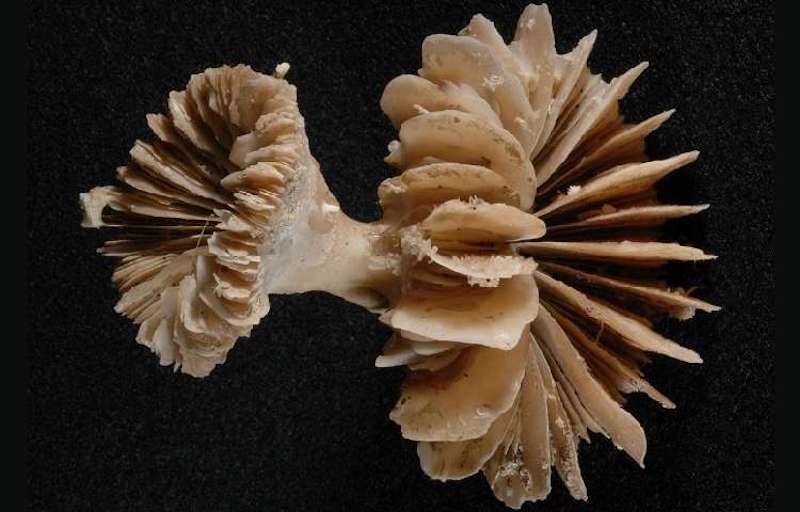 Deep-sea coral – data was generated on deep-sea corals from 1000m below the sea surface in the Antarctic Ocean. Credit: University of Bristol

Oct. 25, 2018 (Phys.org) -- A team of scientists, led by the University of St Andrews, has shown that rapid CO2 release from the ocean around Antarctica helped end the last ice age.

The findings published in Nature found that CO2 was stored in the deep Southern Ocean during the last ice age and then released into the atmosphere as the ice age ended, linked to pulses of rapid climate change and melting sea ice.

The new study, led by Dr. James Rae from the School of Earth and Environmental Sciences at the University of St Andrews, provides crucial evidence of the processes that controlled CO2 and climate during ice ages. Although scientists have long-known that CO2 rise helped end the last ice age, its cause has remained a mystery.

Lead researcher Dr. Rae said: "Many scientists suspected that the ocean 'round Antarctica was responsible for changing CO2 levels during ice ages, but there's not previously been data that directly proved this."